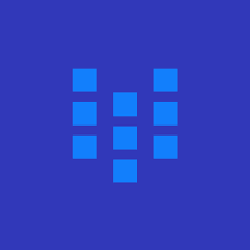 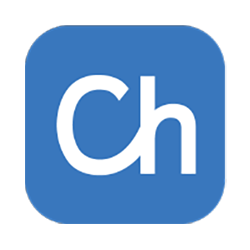 Stitch Fix is an ecommerce company that operates fulfillment centers in locations across the nation. To staff these warehouses with the large volumes of workers they need, Stitch Fix enrolled in Fountain’s Proof of Concept program (PoC), a short-term partnership that allowed them to pilot the high volume hiring solution for three months.

Fountain’s Sales and Customer Success team members guided Stitch Fix through a quick and seamless implementation and maintained a hands-on approach as Stitch Fix recruiters tested the platform’s features. As they became more comfortable with Fountain’s dynamic customization capabilities, they noticed an opportunity to sunset manual, time-consuming processes and replace them with automated tasks.

At the conclusion of the PoC period, Stitch Fix saw a drastic reduction in their median days-to-hire, from nearly three weeks to a median of 9.16 days, a striking improvement that catalyzed the full deployment of Fountain.

“When you’re trying to figure out the best solution to get talent in the door as quickly as possible, customization is key,” said Haley Pike, Director of Recruiting at Stitch Fix. “Customization is one of the main reasons we decided to stick with Fountain.”

After the success of the Fountain PoC Program, Stitch Fix rolled out the high volume hiring software at its warehouses in the United States. Fountain’s dynamic drag-and-drop workflows enabled regional hiring teams to A/B test different features—like questionnaires, applicant routing rules, and the automated scheduling tool—and make changes on the fly to find the best hiring process for each geography.

“Fountain enabled us to quickly pivot to whatever interview process we wanted to try for that week or that month,” Pike said. “We tested a lot and landed on what we believe is the best process.”

Before Fountain, hiring for Warehouse Associates at Stitch Fix was a mostly manual process, requiring significant time and energy from both recruiters and candidates: “Candidates were being manually screened, moved forward to the next stage, and scheduled for an interview by our team, which could sometimes take up to a week based on availability and speed,” Carey said.

But with Fountain, hiring teams can create rules that automatically move applicants to the next stage, allowing Stitch Fix to get workers in the door while also concentrating on other parts of the business, such as building out a centralized recruiting team.

“Like a lot of companies, you’re approved to hire a certain number of people but you don’t have anyone to hire them,” said Pike. “Fountain could come in and act as that automated tool while we got our centralized recruiting team up and running.”

Stitch Fix freed up warehouse recruiters’ time by automating steps that previously would have required heavy human involvement, but they didn’t want candidates to make it to the offer stage with no human interaction.

“When we were thinking about how we were going to support the business as well as keep the candidate experience at the forefront, we wanted to ensure that the culture at Stitch Fix, the brand, and the positive environment came through during the hiring process,” Pike said.

When they tested different interview styles, they learned that a completely automated workflow in which recruiters don’t interact with candidates—and therefore is missing the personalized Stitch Fix touch—would not be a long-term solution. So once again, Fountain allowed them to pivot.

“With Fountain, it was easy to get candidates scheduled to have a recruiter talk to them, sell the job, and answer any questions,” said Pike.

Stitch Fix felt confident that this personalized aspect of the hiring process would help them stand out in a sea of eager employers.

“We figured out ways to automate the process to quickly hire, but also so that candidates could see the difference compared to other companies,” Carey said.

To get its newest facility in Salt Lake City, Utah, up and running as quickly as possible, Stitch Fix turned to Fountain to hire at scale while simultaneously building out a local talent acquisition team.

“Fountain was great when we didn’t yet have a fully resourced recruiting team,” Pike said. “The combination of a great tool and a great team allowed us to scale and be successful in our Salt Lake location.”

Stitch Fix’s use of Fountain transcended the standard hiring functions. Recruiters also used the solution as a communication platform before, during, and after their onsite hiring event in Salt Lake City. If applicants were running late, needed to reschedule, or had trouble finding the event, Stitch Fix could reply to messages right away with Fountain’s SMS capability.

The candidate experience remained a priority when hiring for this warehouse, one that was proven to be successful based on feedback from the in-person event, which Stitch Fix collected by scheduling automated emails through Fountain.

“We set up post-event communication to explain the rest of the process to attendees,” said Chelcie Gabrielson, Operations Recruiting Lead at Stitch Fix. “If they didn't come to the event, we used this opportunity to re-engage them with Stitch Fix so we could potentially do a phone interview in the future.”

The future is fast

Before the PoC Program, the time between the initial application to the new hire’s first day of work was approximately three weeks, which Carey attributed to mostly manual processes and a still-growing recruitment team. This time window has dramatically decreased since Stitch Fix implemented Fountain to hire high volumes of warehouse associates.

With automated processes in place, Stitch Fix’s applicant conversion rate—or the percentage of applicants who pass background checks and show up on day one—increased from 68% to 95%, a change that also reflects an improved candidate experience.

“[Fountain means] fewer manual processes, which then results in us getting candidates through the pipeline faster and allows us to better compete with our competitors,” Carey said. “We’ve been able to fill roles faster by building out better processes.”

“Customization and the ability to change things independently at any time is fantastic,” Gabrielson said. “It’s probably the number-one reason why I’m a Fountain fan because it’s such a big time-saver.”

Even if a full recruitment team isn’t in place, Fountain can manage hiring in high volumes while users tend to other tasks: “With Fountain, we’re able to have few resources attached to the hiring process while still getting people in the door quickly,” Pike said. “Being able to go in on the backend, write a role, and change something quickly, that has been a game-changer, especially when you’re in the beginning stages of building out a recruiting team.”

“We’ve learned to use Fountain as a tool to help our team rethink how we hire,” Carey said.